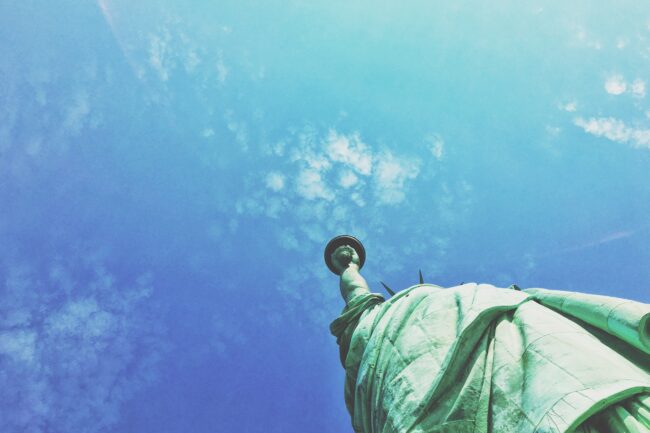 Photo by Max Ostrozhinskiy on Unsplash

«Personal exceptionalism is a feeling that one is not like other people. For some reason, a person believes that he is special and better than everyone else — that he is apart and above. The exceptional person has more than a grand view of himself — he has a grandiose one.» —The Leading Geeks Company

Recently, a family member asked me how he can legalize the status of his new bride, who is in the United States on a tourist visa.

For years, I have been campaigning on behalf of immigrant women, trying to pass immigration reform in the United States that would provide all immigrants–regardless of how they entered into the country–a pathway to U.S. citizenship. If I have learned anything about human nature in all of my years working in politics, every single one of us on earth are human beings with feelings and aspirations. We all fall in love–or out of love–we have an insatiable appetite to roam and break free of boundaries–which is why we lock people up as punishment. What can be worse for a human being than being confined in a concrete cell day in and day out?

Due to heightened fears and xenophobia following the 9/11 terrorist attacks in New York in 2001, the George W. Bush administration created the U.S. Department of Homeland Security (DHS). Bush did away with the more welcoming Immigration Naturalization Service (INS) many Americans still delusionally think is available, and instead, his administration created what is now the single-largest law enforcement agency in the country: Immigration and Customs Enforcement or ICE.

Immigration enforcement, or ICE, is so huge that it now receives more funding than the FBI, Drug Enforcement Administration, Secret Service, U.S. Marshals Service and Bureau of Alcohol, Tobacco, Firearms and Explosives combined–and it is oppressively punitive. ICE is responsible for raids on immigrant families across the country, deporting millions of people every year, many of whom are caregivers who abruptly leave behind those in their care, including terrified U.S.-born children.

Contrary to what immigrants of a bygone era may believe and spew, long gone are the days, in which a U.S.-born citizen could fall in love with an immigrant woman, marry her, and she would immediately gain almost all of the rights and privileges of a U.S. resident–including a pathway to U.S. citizenship. To cut down on fraud or so-called “green card weddings,”–in and of itself, a mostly fraudulent and baseless claim–the U.S. government now requires immigrants to return to their home countries for a year and apply for residency from there.

Immigrants caught without proper paperwork–such as an expired tourist and student visa–can be deported and prohibited from re-entering the United States for at least five years, but most likely, much longer considering the backlog.

Not surprisingly, folks like my family cannot afford to leave their jobs for a year and do not want to live without their loved ones for a year. For this very reason, many families choose to remain in the United States, oftentimes raising U.S.-born children in mixed-status households, and living with the uncertainty of deportation and family separation looming over their heads. Sadly, all too often, an immigrant parent, or both parents, are deported, and children are left raising themselves. This is what happened to Orange is the New Black actress Diane Guerrero, who at 14, her parents were deported to Colombia.

«I was 14 years old and came home from school to an empty house – it felt as if all the action in the house had been stopped in a freeze frame,» Guerrero told Google Arts & Culture. «Dinner was on the stove and the car was outside, but the house was silent. I soon learned from a neighbor that my parents had been picked up by immigration agents. I had no idea what to do. It was the worst day of my life and I realized from then on that everything was going to be very difficult. However, my parents taught me to be resilient and resourceful, and I knew I was going to fight for my place in the world.»

Our egotistical selves–the internal voice that says we are exceptional and the exception to the rule–may say the same about Guerrero’s parents who raised a successful Hollywood actress. But the grand majority of immigrants in this country are just like Guerrero’s parents: quietly toiling in difficult jobs, instilling an equally strong work ethic in their children, and doing all that they can to keep their heads above water. Granting all of these immigrants an exception to the rules is neither efficient nor fair.

The more humane and productive course would be to change the laws, abolish ICE, and instead, implement a system for people to come, legally work and/or study, and get on a pathway to U.S. citizenship. But, first, we must all check our egos at the door.